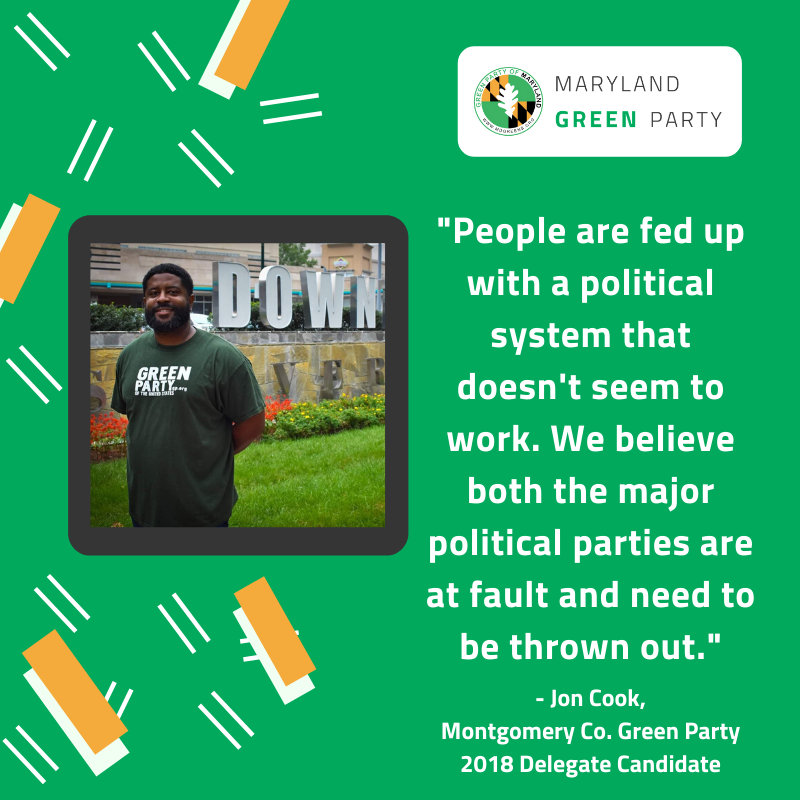 "The Maryland Green Party needs your political and financial support because other wise it will always be the status quo. The Democratic Party has had a majority in both houses of the state legislature yet due to politics has accomplished very little. There is no reason that a county as well off as Montgomery County is to still have multiple schools that rely on temp trailers to be permanent classrooms.

There is no reason that some students in Baltimore still are forced to sit in classrooms with no heat in the winter or AC in the spring and summer.

People are fed up with a political system that doesn't seem to work. The Green Party believes both the major political parties are at fault and need to be thrown out. Support our efforts on a county and state basis so that we can get about the business of making Maryland the progressive bellwether state its citizens clearly actually want."