Candidates are also encouraged to familiarize themselves with the 10 Key Values (http://www.gp.org/ten_key_values_2016) and the Green Party's principles with regards to campaign finance (http://gpus.org/fiscal-policy/#07).

3a.) The MGP C.C. The Maryland Green Party Coordinating Council (the C.C.) is the body that makes official decisions for the Maryland Green Party as a whole, subject to review at the Annual Assembly. It consists of representatives from each Local and yearly-elected officers. The C.C. advises that each Local utilize a fair and open process for making its endorsements/nominations.

4a.) Approval/Communication with BoE. The C.C. will review and approve all of the candidates endorsed or nominated by each Local. Once a Local communicates its endorsements/nominations to the C.C., the C.C. will endeavor to render its approval expeditiously, at the earliest possible date. The C.C. will communicate, officially, to the MD State Board of Elections, the names of all of the approved, and therefore, “officially nominated” MGP candidates by the Board of Elections deadline for a Certificate of Candidacy, August 6, 2018. This ensures that each candidate's name appears on the November ballot. *Only under extenuating circumstances will the MGP C.C. consider rejecting the decision of a Local.

5a.) Jurisdictions without a Local. For candidates who wish to run in a jurisdiction that does not have an recognized Local, the MGP Electoral Committee will review the candidate's qualifications and commitment to Green values, and endeavor to ascertain the candidate's support among Green Party members in that area. This may include providing the candidate with a list of Greens in his or her district, and asking the candidate to petition the Greens for their support. Alternatively, the candidate may register new Green Party members who form a Local that the C.C. comes to recognize. Ultimately, when there is not a recognized Local, the C.C. will render a decision on the candidate, and will act upon the advice and consent of the Electoral Committee.

*Extenuating Circumstances – The MGP C.C. may consider rejecting or overturning a Local's nomination decision only under the following circumstances:

6b.) The MGP will utilize Ranked-Choice Voting, also known as Instant Run-Off Voting (IRV) for its primary.

7b.) Barring any serious errors with the primary process, the winner of the MGP Primary shall be the nominated candidate and shall appear on the November ballot. If legitimate disputes over the process arise, the MGP C.C. shall render the final decision on the outcome.

President of the United States

US House of Representatives 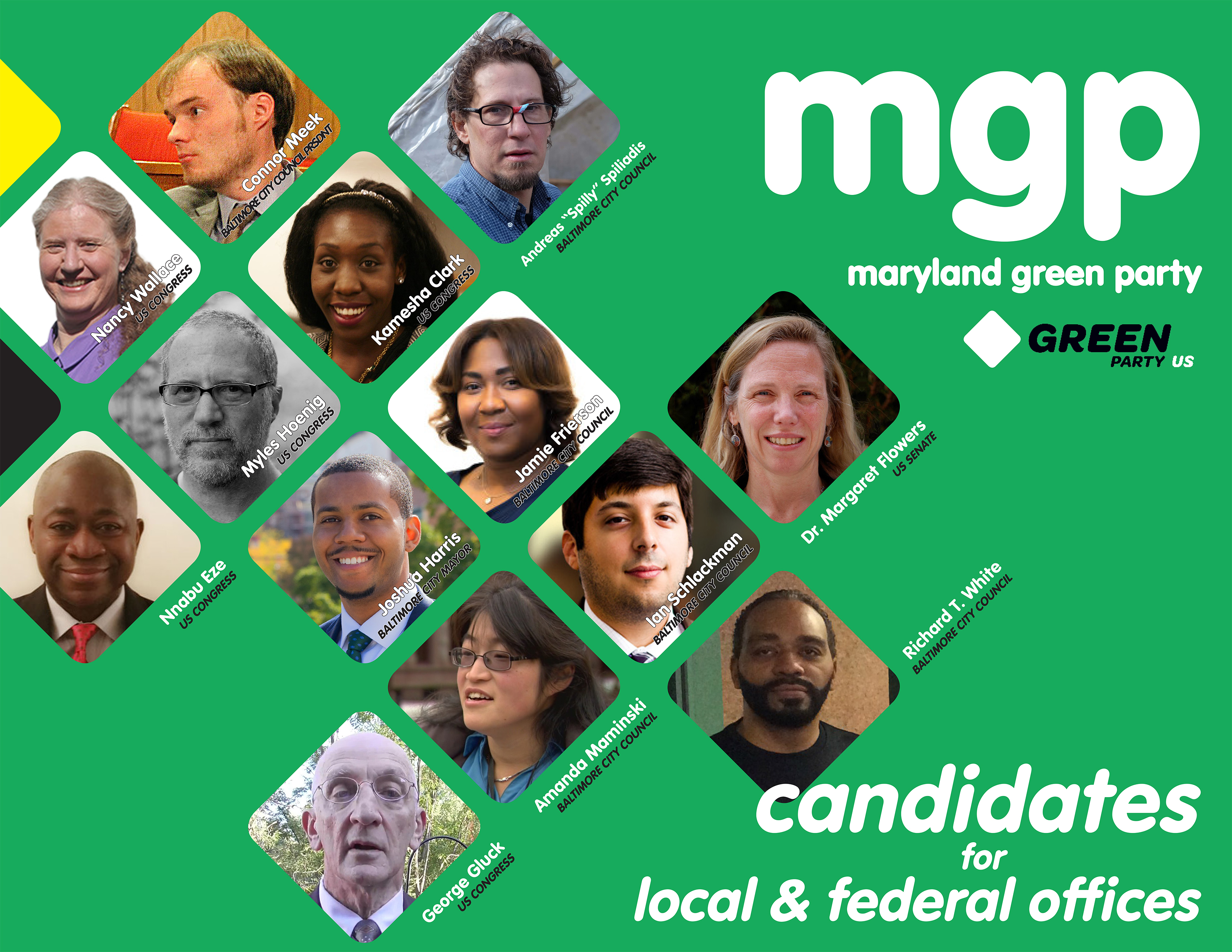